​Italy’s membership in the European Union has greatly influenced its tariff structure. Duties on imported goods disappeared between Member States by 1986. Since then, this has also resulted in a substantial reduction of duties on products imported from areas outside of EU countries, including the United States.

​How are import duties charged in Italy?

An import duty is levied on products that have a value of at least €150. VAT (Value Added Tax) is due on products that are valued above €22 (meaning from €22.01). Small goods that are underneath these two thresholds are exempt from taxes and duties, except in the case of mail ordered goods.

How are duty and tax calculated?

​In general, shipping costs are included in duty and tax (regardless of who actually pays for them). When charges are specified in the commercial invoice the duties are calculated on the total amount including the shipping charges. If tax charged is not quoted in the commercial invoice, then a flat-rate amount is added to the declared value which is generally based on the weight and country of origin.

Depending on the type of product there will be a different rate: for example, cameras are charged at 4.2% while products related to health & beauty are charged at 6.5%.
For more informations about this check also our video about VAT and import and export in Italy.

What are the customs duties and taxes on imports?

​Duties and import taxes are due for all goods imported into Italy from outside of the European Union. As part of the European Union’s Common Customs Tariff, Italy has preferential rates that are applied to imports from countries which the EU has signed agreements with.

Duties range anywhere from 0% to 17%, with the general tax averaging 4.2%. However, foodstuffs (particularly dairy products), textiles and clothing still have quotas and higher tariffs. 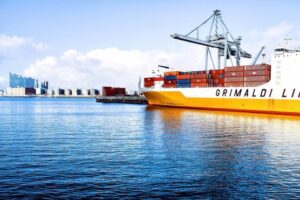 Who pays for them?

​Shipments can be delivered either with duties prepaid (DDP) or with duties unpaid (DDU). If duties are pre-paid, which is the most common way and means that the seller has paid them in advance, they will not be subject to additional charges or unexpected customs fees and will pass through customs much quicker than DDU goods.

What documents are required?

For written declarations to customs, the official document is the Single Administrative Document (SAD) and is, as its name suggests, a one-page document. It functions as the EU importer’s declaration,  encompassing both the customs duty and VAT; it is valid throughout the entire EU.

It should also be noted that Italy, like the rest of the EU, uses a Harmonized System (HS), meaning that there is a specific nomenclature involved in labeling products. And, according to the European Commission the HS “…comprises about 5,000 commodity groups which are identified by a 6-digit code and arranged according to a legal and logical structure based on fixed rules. The Combined Nomenclature of the European Union (EU) integrates the HS Nomenclature and comprises additional 8-digit subdivisions and legal notes specifically created to address the needs of the Community.”

That’s all there is to it. This process has been greatly simplified in order to lessen the bureaucratic strain associated with the movement of goods and promote transactions within the EU and abroad.
For more informations, read also our guide about imports and exports in Italy, how to export to Italy and our article about transfer pricing in Italy.

69 thoughts on “Italy’s custom import duty: What is it and how much does it cost?”